In summer 2017, I thought to myself, I’ll let you see what I’m doing in the studio and let the camera roll while I´m practising.

I thought, “Oh, I´d just do that 1 or 2 times, let’s see if anyone cares! :)”.
But the feedback and interest was much bigger than I ever thought. You have sent me messages with title requests and if I do this regularly, or where you can see it?

So I set up an extra playlist on my YouTube channel and started my own little project, Studio Friday!

At the beginning evrything was still quite simple with me putting headphones on and standing at the microphone, in the course of the project I developed some video editing skills and I think my videos turned out to be quite good for a beginner 🙂 With different backgrounds, neat outfit and other lighting 🙂

Meanwhile, the playlist includes 27 videos with a variety of titles you have wished for. There are

songs like “Fell in love with an alien”, “Trinity”, “My way” or “Probiers mal mit Gemütlichkeit” from the jungle book. The last one became the favourite version of the Maulwurf-Kindergarden, so I did not miss the chance to sing it live at their opening. The kids are still listening to my version regularly 🙂

I even play some of the songs on my live program “Legends of Music” and I am pleased to say that the winter break is over and the Studio-Friday starts again in June 2018!

I hope that you participateas awesome as you did last year and I’m looking forward to your song suggestions and reactions! Do not be shy and just message me on Facebook, Instagram, YouTube or via email at studio-freitag@michaelkelly.info

I´m looking forward to your ideas!

Here is a brief review of Studio Friday 2017: 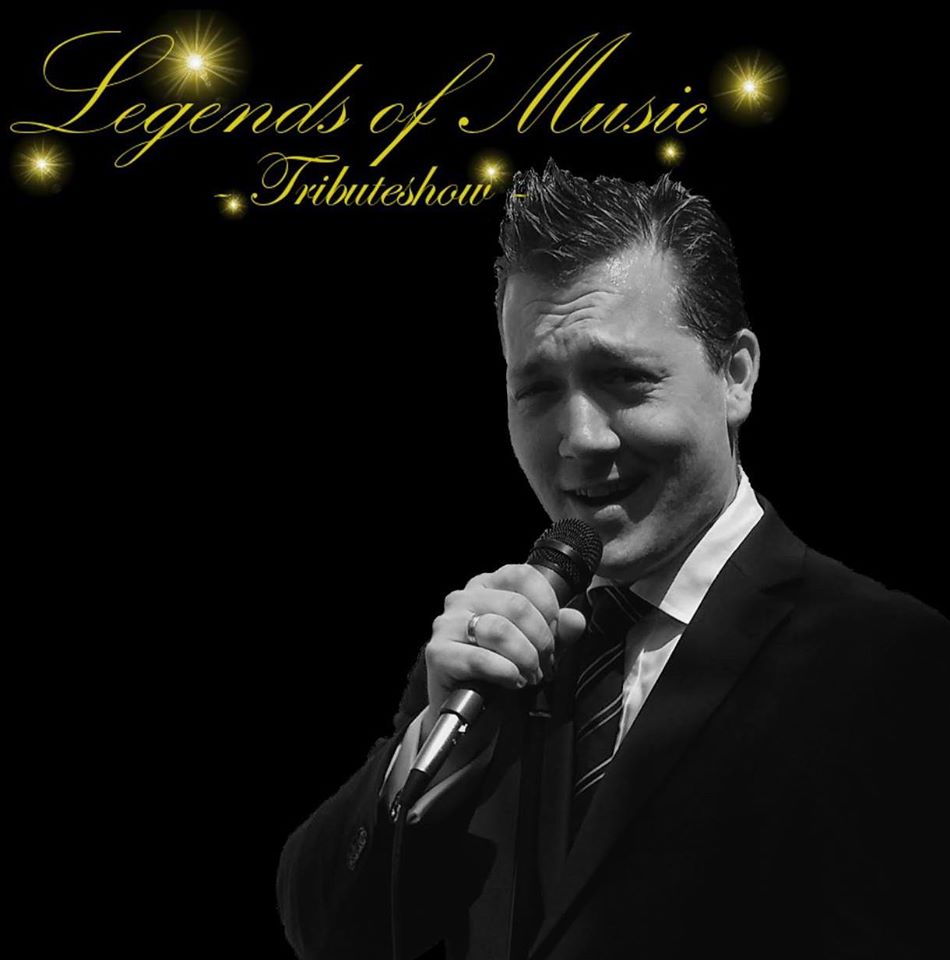 Everything started in 2014 with my program “Legends of Music”. At my first appearance, I just had 7 songs prepared which were originally performed by Dean Martin, Frank Sinatra and Elvis Presley. Now “Legends of Music” includes over 40 titles, including songs of Sinatra, Martin and Elvis, but also artists like Johnny Cash, Dusty Springfield, The Boxtops or Udo Jürgens are represented.

Although names such as Elvis and Sinatra let you think of imitators or doubles, you will soon realize that I am not trying to copy these legends, but I want to honor their legacy with my show by taking their masterpieces and present them in my own style. That means no glittering sequins, sunglasses or collars over the ears, but many legendary songs in 100% Michael O’Connor Kelly!

At the beginning I played “Legends of Music” exclusively on private parties, such as weddings, birthdays or anniversaries. But meanwhile I am regularly on public stages, starting with city festivals and Easter fires, galas like the Berlin-lights Gala 2017 or the rebranding party at the 4-star Mercure MOA Hotel Berlin, up to big events like the Tegeler Hafenfest Berlin or the Europafest in Magdeburg.

with Ireen Sheer after the show

As part of the pre-program, I have already had the honor to meet wonderful artists like Ireen Sheer, Michelle, Ingrid Arthur (The Weather Girl), Claudia Jung, Ross Anthony or Maite Kelly. A special highlight for me was to meet the original TCB band. The band that was traveling with Elvis Presley from 1969 until his death in 1977. You can not imagine how excited I was, music history at first hand 🙂

I can experience all these beautiful moments and hopefully many more, because I sing songs I love like “That’s life”, “All shook up”, “Ring of fire” or “That’s amore” and I´m blessed to share this love with my audience!

Hereyou can listen to a short medley of Legends of Music:

So you want to know more about me?!?

Nothing easier than that 🙂

Normally, you would now read a super sophisticated promotion text about my life and work. Beautifully in 3rd form, with all the flattering phrases that you need as an artist to present yourself to the world.

But no, you want to get to know me and not what an author thinks about me.

Let’s start with the basic data. I was born in 1983, the “International Year of Communication”, that’s why I like to talk hahaha

As a Scot, I own a British passport, but I was born in Berlin and therefore speak fluent German and English. Since my performances repeatedly led to misunderstandings with my name (Michael Kelly), I took the name of my great-grandparents from Ireland and have been performing since as Michael O’Connor Kelly.
Since there were no more confusions, I suppose that was one of my better ideas 😉

My first memories of singing go back to the days when kitchens did not have any dishwashers. My mother rinsed the dishes and I helped her, while the small CD player bravely played mainly Cher songs. My mother and me sang all the songs during our work and if you do that for a couple of years, you will inevitably become quite good and get a pretty good voice 🙂

My first “stage experience” was the mini playback show at my elementary school at the age of 11, where my friends Alex, Phillip, Melli and me won with our performance of the RedneX classic “Cottoneye Joe”.

With my change to secondary school everyone seemed to belong to a certain group … hmmm there were the athletes, the nerds, the cool kids, the wallflowers and the people your parents warned you about! I could not really put myself into any of these, somehow I always got along with everyone, maybe because I was the class clown hahaha!

After I accumulated 13 years of life experience * cough *, one party changed everything. I met Olli, who told me about his plans to start a band and how hard it is to find a reasonable singer. I thought of my Cher sessions in the kitchen and said cheekily: “I can sing!” A week later we were sitting in the rehearsal room. “We” that was Olli and Navid on guitar, Mario on drums, Nicola on bass and me who may have been overconfident at the party * oh dear *!

I received a text and Olli said: “Well show me what you can!”. The first lines were still timid, you have to remember I had never had to put a text on a melody, because covering was frowned upon in the band! Now Olli’s demand inevitably followed: “Say can you sing a bit louder, we’ll do hard rock and metal here!”.

Volume up? Volume up?? Here we go buddy! Meanwhile I had formed a melody in my head , so I have released the concentrated power of my lungs, suddenly silence in the room … I looked into the eyes of the others! It felt like an eternity until Olli broke the silence … “We have a singer among us !!!”. And so I came to my first band, which we later called “Blazing Angels”.

The following year, the first appearances of the Angels began, as we were usually called. Among them were great concerts, e.g. at the White Rose or on the open-air stage in Spandau for the “Punk meets Metal Festival”. It was great times that I like to think back to, but all the beauty ends sometime and so it was with the “Angels”.

At that time I thought that a break would do good and maybe I would stop singing altogether!
I rejected this idea two weeks later when my phone rang and my friend Daniel asked me if I could listen to something. He invited me to a cellar rehearsing room in Spandau, where his buddy Philler was already waiting. “Listen to what we thought up and tell us what you think about it!?!”, And the two set off! I listened to it for a moment and shortly afterwards pulled out a slip of paper and pencil and began to write. After 5 minutes I jumped to the microphone and started singing. The question of whether I think it was good or bad was pretty obvious 🙂

And so just 2 weeks later I said bye to my farewell thoughts about music, I was back in a band. The joy of singing was rekindled in the blink of an eye! This was the birth of “Black Arrow”!

From 2014 I searched for a counterweight to my loud hard voice in the band and practiced songs from various artists. My goal was to make my voice more variable so I tried legends like Frank Sinatra, Dean Martin and Elvis Presley.

I had so much fun I decided to record a Christmas CD for my family in Scotland. Shortly thereafter I took the song “That’s amore” to the office to record it there with my colleagues for the wedding of Michi’s daughter. Michi is a good friend and managing director of the office. Now they knew how my singing sounded like and it took only minutes until the question came, “Tell me would you sing on my birthday ???”.

Of course I did and autographs were requested immediately, which I didn´t expect, why should I, who am I to expect that? There were more requests for birthdays, weddings and family celebrations, but what really moved me back then was the older couple, who came to me after my appearance with tears in their eyes and thanked me. “We really did not expect that. You must know, we saw Elvis live at that time and when we closed our eyes today we felt young again and it felt like then! We want to thank you very much! Please keep it up! “.

This emotional moment after my first solo appearance is always on my mind everytime I go on stage. At that time I realized that it is not about learning texts, making the right notes or just making no mistakes, but rather about singing with heart and soul, it’s not about having the perfect technique, but to express feelings with my voice.

You can share memories, and create new ones with the audience. That’s why I’m never really afraid or nervous when I perform. Other musicians always envy me and ask why I am so relaxed. “I do not have to be perfect, I just have to be ME on stage!” 😉 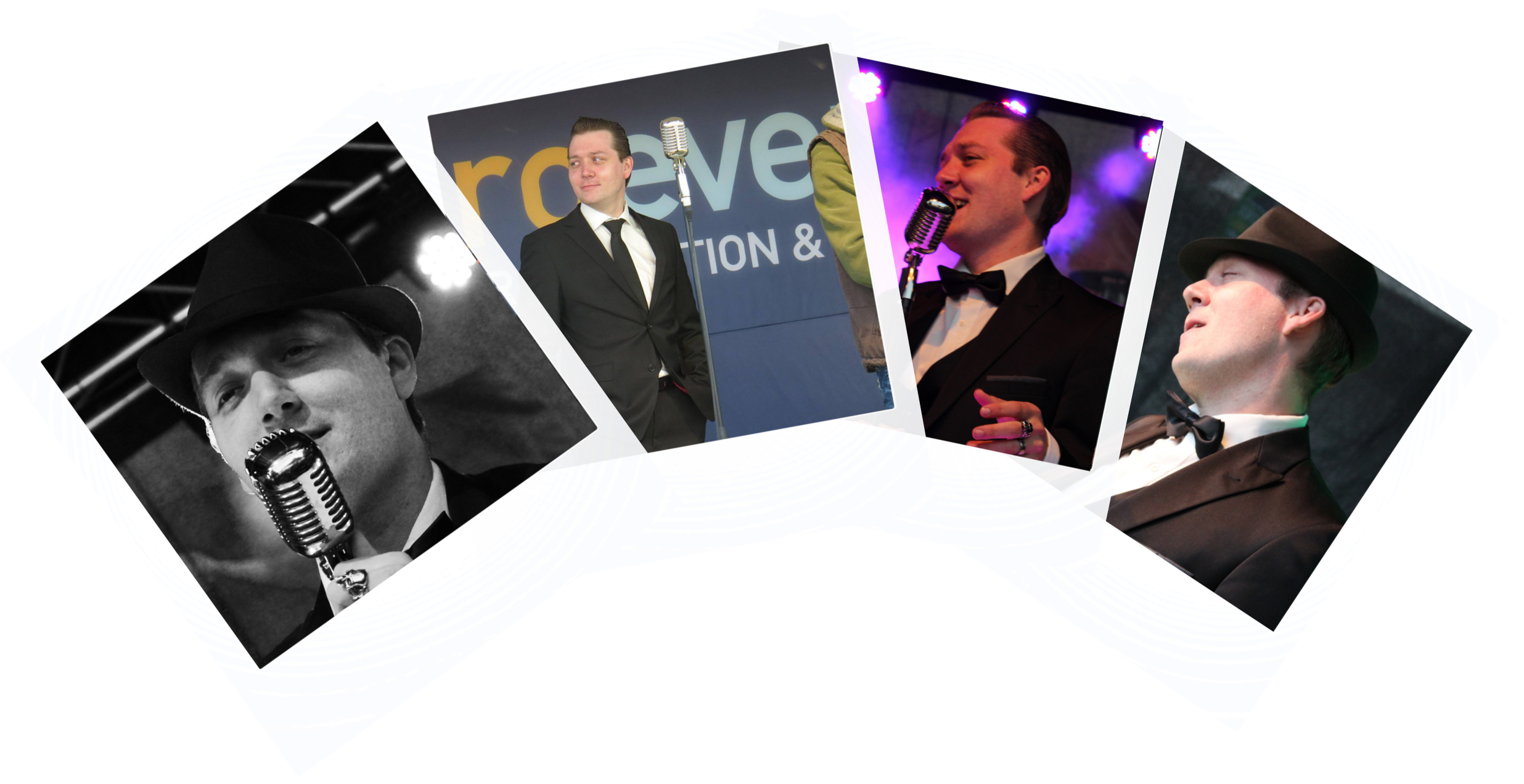